In time series analysis, we’d like to model the evolution of a time series

. We particularly want to model moment functions of the time series. For instance, the mean function describes how the average value evolves over time, while the conditional mean function describes the same given past values. The autocovariance function describes the covariance between values at different points in time. We may also be interested in higher moment functions. When estimating parameters describing these, we’d like to be able to apply standard results from probability and statistics such as the law of large numbers and the central limit theorem.

If the moment functions are constant, then that greatly simplifies modeling. For instance, if the mean is

then we estimate a constant rather than a function. This applies similarly to higher moments.

is stationary if for any fixed

does not change as a function of

. In particular, moments and joint moments are constant. This can be described intuitively in two ways: 1) statistical properties do not change over time 2) sliding windows of the same size have the same distribution.

A simple example of a stationary process is a Gaussian white noise process, where each observation

is identical and independently distributed (iid)

. Let’s simulate Gaussian white noise which can be easily plotted on S2. Many stationary time series look somewhat similar to this when plotted: 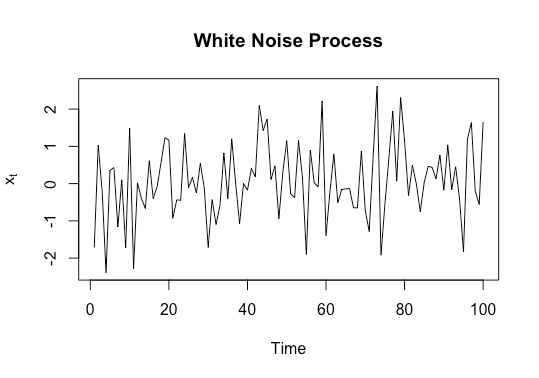 A simple example of a non-stationary process is a random walk. This is a sum of iid random variables with mean

) can be simulated using 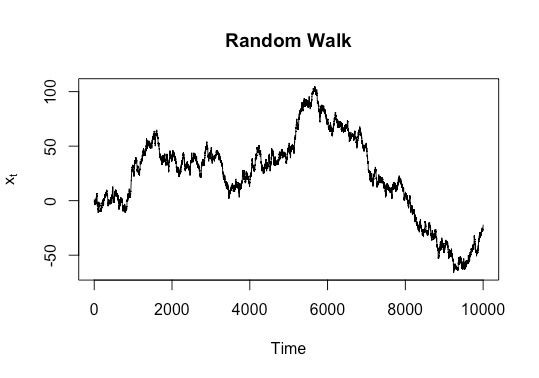 It’s not super easy to see this from plots, but it can be shown mathematically that the variance of the time series increases over time, which violates stationarity.

Often we are primarily interested in the first two moments of a time series: the mean and the autocovariance function. A process is weak sense or weakly stationary if:

That is, if the mean does not depend on time and the auto-covariance between two elements only depends on the time between them and not the time of the first. An important motivation for this is Wold’s Theorem. This states that any weakly stationary process can be decomposed into two terms: a moving average and a deterministic process. Thus for a purely non-deterministic process we can approximate it with an ARMA process, the most popular time series model. Thus for a weakly stationary process we can use ARMA models. Intuitively, if a process is not weakly stationary, the parameters of the ARMA models will not be constant, and thus a constant model will not be valid.

Non-stationarity refers to any violation of the original assumption, but we’re particularly interested in the case where weak stationarity is violated. There are two standard ways of addressing it:

Examples of non-stationary processes are random walk with or without a drift (a slow steady change) and deterministic trends (trends that are constant, positive, or negative, independent of time for the whole life of the series). 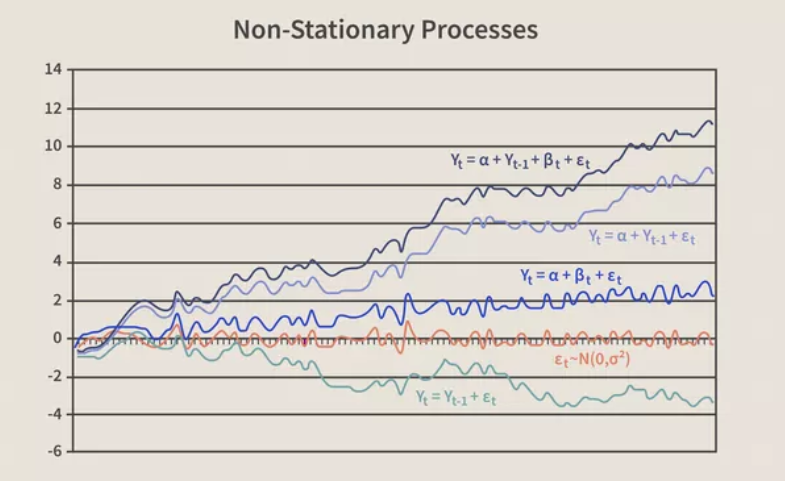 is the deterministic mean function or trend and

is a stationary stochastic process. An important issue is that we need to specify a model for the mean function

: generally we use a linear trend, possibly after a transformation (such as

Assuming that we know that trend stationarity holds, we do a three step process:

white noise. One can always try to plot it easily on S2: 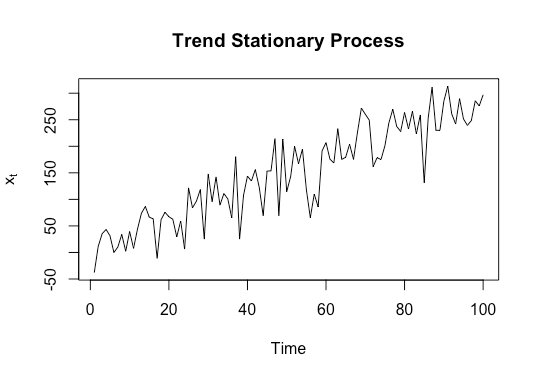 Corresponding to the plot above, the detrended series will look like: 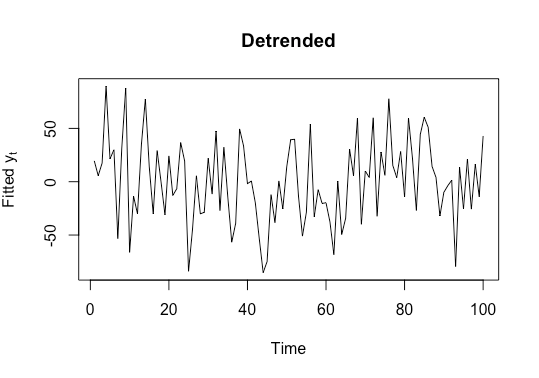 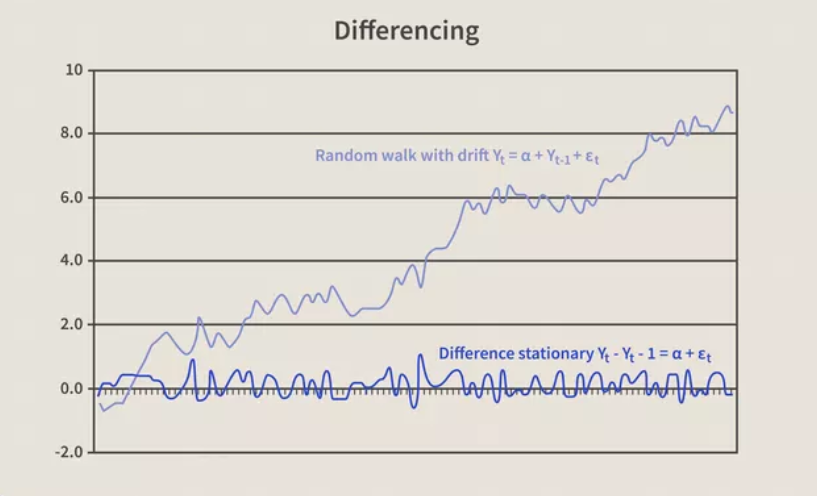 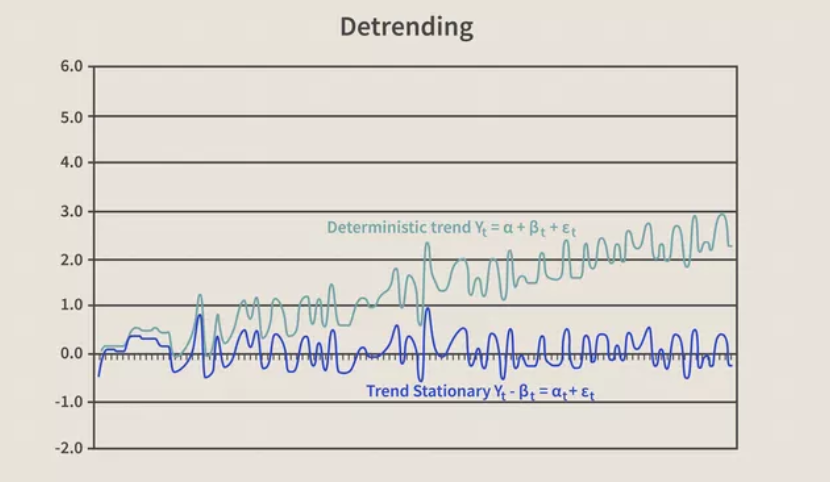